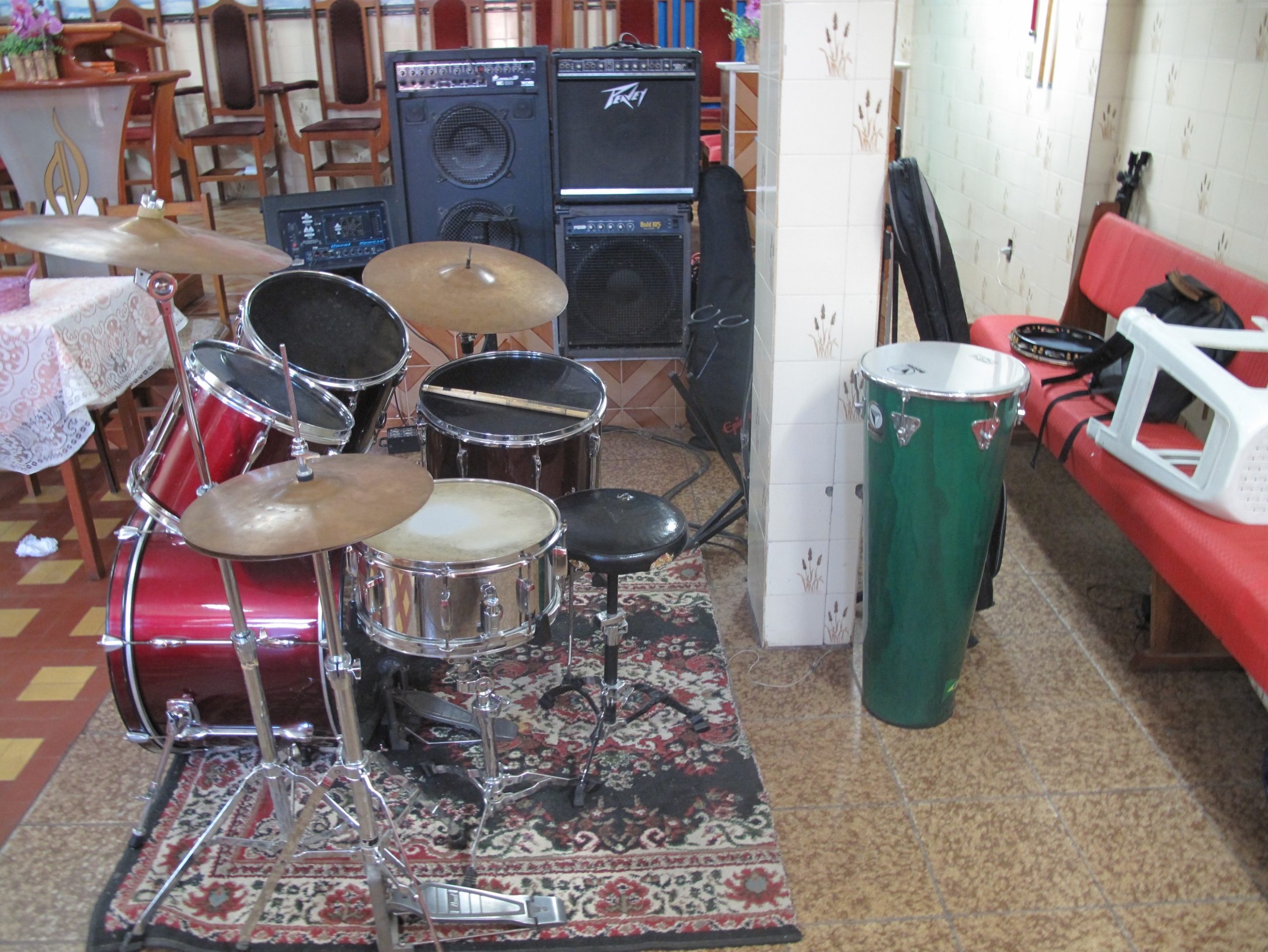 This is the fourth of a series of blogs about creative urban methods. For the introduction and longer versions of the blogs, see the website of CRUM.

When I started my fieldwork on the boom of Pentecostal churches in Rio de Janeiro, Brazil, I was convinced I would need to catch up on my knowledge of the Bible and would likely be spending much time in Bible-studies groups with recently converted church-members. However, I quickly found out that in order to understand why inhabitants of the favela of my research drastically altered their way of life and accepted Jesus as Savior, I could not only rely on reading, but had to make use of all my senses. As I discovered, Brazilian Pentecostalism involves ecstatic participation in bodily routines ranging from singing, shouting, crying, dancing and shaking. Confronted with my initial inability to access these embodied domains of the spirit-infused world, I tried to overcome it by resorting to a way I was somewhat familiar with: music. When I discovered that one of the church bands was lacking a drummer, I humbly volunteered to play along. After the pastor’s approval, I regularly played with the band during Friday night church-services.

Music and people’s bodily engagement with music are very important features of global Pentecostalism (Ingalls and Yong 2015). Pentecostal church services and other devotional practices are regularly accompanied by ‘musicking’: the diverse practices of making and listening to music (Small 1999). Congregants in the favela of my research sang hymns in church and they habitually responded to songs, shouting out hallelujahs during a performance while the 6/8 beat, common to many gospel ballads, would reach climatic heights. In domestic settings, I observed listeners moved by the rhythmical flow of recorded songs and I saw people joyfully practicing their instrument.

Participant observation – the cornerstone of ethnographic research – regularly involves improvisation. Most ethnography entails efforts to become familiar with unknown life worlds and one cannot fully anticipate the contexts of research beforehand. Nevertheless, as Liisa Malkki (2007) stresses, improvisation does not mean that one arrives in the field unprepared. Building on an analogy between doing ethnographic research and performing jazz music, Malkki explains how ethnographic research requires years of training of different kinds of techniques that allow one to improvise (learning languages, knowing historical contexts, understanding conversational techniques, etc.). Without such preparation, improvisation would not be successful. While I wholeheartedly agree with this insight, I also want to add some reflections to it:

Firstly, in some cases (as in mine), ethnographic improvisation is not just analogous to musical improvisation but entangled with it. I do not mean to suggest that my drumming came near to the excellence of professional jazz musicians. My modest skills allowed me to participate in musical improvisation, which in turn gave me a chance to co-produce and co-experience some of the affective elements central to Pentecostalism. The church band that I played with generally did not rehearse but improvised during a service, building on a shared familiarity with popular gospel songs. Making use of this type of ethnographic improvisation gave me access to the other musicians by way of musicking and gave me better insights into the appeal of Pentecostal churches for them and the audience.

Secondly, improvisation in ethnographic fieldwork also goes beyond the analogy with jazz performances. In preparation for a jazz performance, a musician is likely to focus on his or her instrument and anticipates a musical performance. An ethnographer, by contrast, does not know before arriving at a research site exactly if and what one should learn to be able to participate and which skills and techniques (beyond musical) are required to access the domains of knowledge one wants to include in research. I had learned to play the drums as an adolescent and had played in a school band for a short period of time. However, that was not with the intention to prepare for a later academic career. As Malkki also stresses, much of the learning takes place in the field. In practice, this means that during ethnographic research, one may want or need to rely on particular skills that one has learned for very different reasons than for fieldwork. This does not mean that without such skills fieldwork will fail. There is more than one way to skin a cat. It does mean that our personal skills and experiences are important tools to connect to the life worlds of the persons we engage with and want to learn from.

BIO
Martijn Oosterbaan is an Associate Professor in the Department of Anthropology at Utrecht University.